Are you moving within the United States?

Would you prefer to move yourself?

Do you need to move a vehicle?

Are you moving to or from another country?

Learn how to research moving companies.

The number one question MovingScam.com receives is “Can you recommend a good moving company?”. If the answer to that question was easy, then there wouldn’t be a reason for maintaining a web site called MovingScam.com (see our article “How to Find a Reputable Moving Company” for more information).

Currently moving companies are overseen by the Federal Motor Carrier Safety Administration (FMCSA), part of the Federal Department of Transportation (DOT). The last we knew, the FMCSA had only nine investigators to handle all of the thousands of complaints against moving companies each year. What does that mean for consumers? It means this: 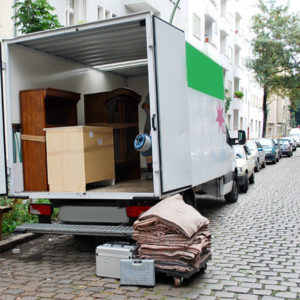 It’s important to use a reputable moving company

There are in fact laws governing moving companies, but the moving industry is unique in having special privileges and protections that no other industry could even imagine enjoying.

How did we get here? The interstate household goods moving industry was “price-deregulated” with the Household Goods Transportation Act of 1980. This Act allowed interstate moving companies to issue binding or fixed estimates for the first time. Until then, the moving industry was overseen by the ICC like a public utility (like phone and electricity services). There were only a handful of companies, now known as the “major” van lines, that were allowed to transport household goods interstate, and they all charged according to their tariff — a schedule of rates and services — which had a built-in profit. ALL estimates were non-binding. Movers sold themselves on service, not price. The profit margin was very thin, but there was profit.

When the Household Good Transportation Act was passed in 1980, not only could moving companies now compete on price by giving consumers binding estimates, but also there was a provision in the Act that new companies could enter the market. Regarding the “freedom” to give binding estimates, was something the major players didn’t want. For a while some carriers just had a policy of sticking to non-binding estimates only. But because customers wanted the price certainty of binding estimates, those companies finally caved in and started issuing binding moving estimates too.

So how did the moving industry end up with a special governing body to oversee it in the first place? There is a federal statute enacted in 1906 called the Carmack Amendment. It was originally enacted in response to railroad barons who controlled the few railroads in existence and who were giving their friends favors in transportation rates and squeezing small farmers and everyone else. Back then, railroads were the major method of transporting goods across the still-developing country, and so the ICC was set up, in effect, to regulate the monopoly that was the railroads. The Carmack Amendment forbade “price discrimination”; that is, the railroad baron had to charge a set rate (contained in the railroad’s tariff), approved by the ICC, to all shippers. When roads and trucking later arose, the ICC started overseeing that, too. The major van lines and their agent system first got organized, and wrote their tariffs, in the 1930s. 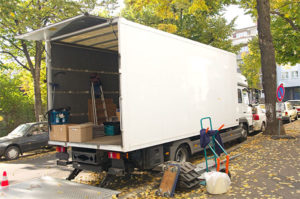 Consider moving yourself with a you-pack, they drive company

Throw into this mix the fact that moving companies were now, theoretically, competing on price and quality of service. The competition was so fierce, and the moving companies so numerous, that low-balling moving estimates soon became a popular practice. Of course, low-balling doesn’t pay if the moving company doesn’t practice hostage-freight taking (price-gouging during the move) as well, because the mover has to make money somehow. The need to low-ball to get moves, a direct consequence of the Household Transportation Act of 1980, is responsible for many of the abuses in the moving industry today. The ability of moving companies to get away with it, however, is caused by the Carmack Amendment.

So what’s the problem caused by the Carmack Amendment? Carmack purports to govern every single aspect of the shipping transaction. In the late 1990s, several courts handed down decisions interpreting Carmack as being so thorough and far-reaching that it “preempts” all other remedies that would otherwise be available to a plaintiff-shipper under state law. That is, suing for fraud under state consumer fraud/deceptive practices statutes was preempted. That means that an interstate mover can tell you: “I guarantee you that your move will cost only $2000,” while intending to hold your goods hostage for $4000 at destination while knowing all the while that there’s nothing you can do about it.

Believe it or not, should he do that, according to these courts, you can only sue the mover under Carmack (not for state fraud, etc.), and Carmack, in turn, will allow you to ONLY get your $2000 overcharge back from the moving company. Believe it or not, a mover’s “punishment” for stealing from you is to give back what he stole, and that’s only if he gets caught and someone forces him to give it back which is no small undertaking in itself. Overall, it’s a pretty sweet situation for moving companies, wouldn’t you say?

So that is what “deregulation” in interstate moving is about. It’s about PRICE deregulation and “ENTRY INTO THE MARKET” deregulation, coupled with the unfortunate decisions of certain courts in the late 1990s that moving companies can only get a slap on the wrist for even the worst abuses. The ICC’s disbandment in 1995 was just the last nail on the coffin — by then, the ICC couldn’t really oversee the industry anyway, since so many movers had entered the market and “tariffs” were now anachronisms.

In today’s environment of price competition, the current scamming will continue (and get worse) unless there are mechanisms for the consumer to force the mover to stick to his price bid. Those mechanisms are police intervention, punitive damages, and actual enforcement of regulations by the FMCSA.

Consumers need to fight back. Talk to your local police, and file complaints with the FMCSA and DOT. Get in touch with your local, state, and federal reps, and tell them that you want them to support consumer protections. Call your local media – newspapers, television stations. Get a web site of your own and get the word out. Whatever you can do to let other consumers know what’s going on in the moving industry.