Very few people realize how common moving fraud is in the moving industry.  If news agencies cover it, it’s usually a local story, performed by a local crew that gets a limited amount of attention.  The story runs, then it dies, archived in the station’s library of stories that may never again see the light of day.

So, just how prevalent is moving fraud, really? Prevalent enough for the government to dedicate an entire website to protecting consumers, called “Protect Your Move”, with all sorts of advice on how to avoid moving fraud.

So in depth is this website, that it contains helpful information, such as a “Moving Checklist” that details things that you should expect from a legitimate moving company, such as a booklet handout detailing, among other things, how to avoid moving fraud.  If your mover doesn’t provide you with the booklet, you’re advised to keep looking for another moving company.

That’s good advice!  If your mover isn’t handing out a government required booklet that details how to avoid moving fraud, chances are pretty good, they may be fraudulent themselves (otherwise, why hand out the booklet and tip off their victims?). 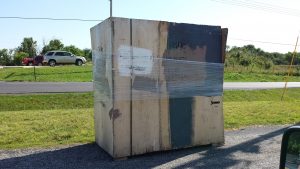 Even the American Moving and Storage Association has created a “Pro Mover” program, designed to help you find a mover.  Why?  Well, they only mention it in passing, and hardly at all, but they would prefer you go with a mover who isn’t going to rip you off.  That is, they’re not going to admit that there are moving companies out there that do this, but just in case, we’ll call them “Rogue Movers”.

So why give them a name at all, if they don’t really exist?  Great question!

For that we should turn to someone who has some statistics on moving fraud, the Federal Motor Carrier Safety Administration (FMCSA).  However, they don’t really want you to know that moving fraud is a thing either, because if you knew, they might actually have to do something about it.  They would rather go about their business, handling safety issues, rather than hunt down criminals who bait and switch their prey and steal their victim’s belongings and hold them for hostage.

The FMSCA does keep records on moving fraud, as is their mandate, but neither you, nor I can have any access to those records without filing a Freedom of Information Act request, which requires paperwork and money to gain access. 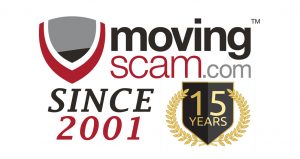 But what about MovingScam.com?  Surely you guys keep records on the complaints you get?  In fact we do!  And to date this year, we’ve seen between 2 and 8 moving fraud complaints a week on average.   However, the problem is that we’re only reaching a small fraction of the folks who actually get defrauded during their move.

By the last count (which was years ago), each state, has (about) two FMCSA agents to handle safely and fraud complaints.  Each state also has between 1,500 – 2,000 complaints per year of moving fraud.  With that kind of workload, it’s no wonder nothing’s getting accomplished!

Some states are creating laws to address the issue, but there is still a long way to go, and moving fraud is still very much alive and well in the moving industry.  Make sure you take the time to do your research before hiring a moving company!