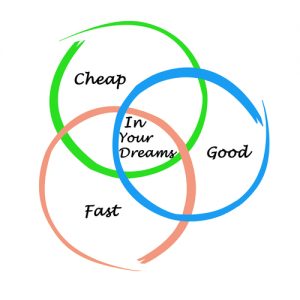 OK, times are tough.  The economy has a lot of us shopping cheaply and Wal-Mart has trained us to look for the absolute rock-bottom prices on the planet for anything that is for sale.  But shopping for a moving company based solely on price is a sure way to find yourself in a hostage load situation, wishing you had spent a few extra dollars on that legitimate mover whose quote you thought was too high.

MovingScam.com has spent years talking about ways in which consumers find themselves in trouble with their moving company.  We talk about where not to look for your mover (the internet), how to research your mover, we talk about hostage loads, price gouging and inflated prices on supplies and it all revolves around one thing: fraudulent movers, quoting their customers low, low prices to lure them in so they can charge at least as much as the good guys, using bad-guy tactics. 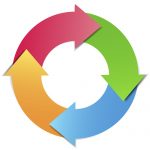 It seems like things go in cycles.  Most notably in flux with the economy.  When things are better, people look for better service.  When times are tough, people go with what they think they can afford.  The problem with this thinking is that shopping for a moving company is not like shopping for a new set of tires at Wal-Mart.  Wal-Mart guarantees you the “lowest prices”.  A good moving company won’t.  This is because of the services you are receiving.  They are already giving you the best price they possibly can.  To go any lower would be to cut into their costs.

Consider the price of gas.  You don’t need to go look it up, just use a nice round figure, say $3.00 per gallon (for diesel) for the moving truck.  Now consider how many miles are in a coast to coast move.  If you are going from New York to San Francisco, one way is about 2900 miles.  So if you were just to calculate the gas alone, that trip would cost you $8,700!  That doesn’t include the labor for packing, loading, driving and unloading.  So that ad you saw for a $995 cross country move really is the start of a great. Big. Scam.  Now, that’s not to say that’s what you will be charged for your move, but it really demonstrates the notion that if something looks too good to be true, it probably is too good to be true. 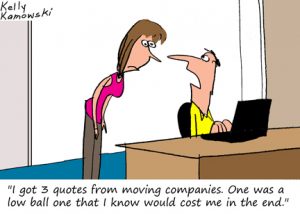 The real problem, is again, the fraudulent mover.  He preys on the consumer’s desire for the best price, knowing full well that by the time the move is over, he will have received as much money or more than the legitimate mover, and he may not have had to complete the move, depending on the circumstances.  We have story after story on our news page as to how these criminals have taken advantage of their customers, and the primary means to recruit these customers was… price.

We’ve said it before and we’ll say it again, now is not the time to be frugal.  As a consumer, you are putting your entire worldly possessions into the hands of a company you know very little about.  Take the time to research your mover, and consider that out of all the available reasons to hire a moving company, a low price is the worst way to choose.