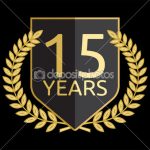 Seems reasonable enough.  When you call around for an apartment, they want a deposit to secure your new home.  Many utility companies still require a deposit for their services, as do many auto repair shops.  So it doesn’t seem that unusual when your moving company asks you for a deposit.  Except, when it is.

When is a mover not a mover?

It’s not that the company is asking for a deposit, so much as the amount that they may be asking for up front.  We’ve actually talked about this before, all moving companies are not necessarily movers.  They could be brokers.  Brokers are companies who “assist” people with their moves.  Sounds great until you realize that a) they don’t typically research the moving companies they work with, and b) that “deposit” you’ve been asked to put down, is actually their fee for setting up your move.  What they don’t explain is that you haven’t even seen the bill for the move yet.

How much is too much? 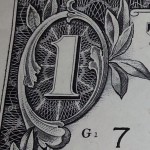 The real question is, “how can I tell a deposit from a fee?”  This isn’t always easy, but we always suggest researching your moving company before you agree to use them.  The best way to figure out if they are a broker or a mover is to see if they have a license to be a broker, but have NO trucks.  Some moving companies, especially those associated with van lines have a brokerage license.  This allows them to assign a move to someone within their van line, and can expedite your move.  Brokers who don’t own their own trucks farm out your move to a moving company you may never have heard of before and never had a chance to research!  This takes any control you may have had in your move right out of your hands.

Now that we know what to look for, what’s a reasonable deposit?  Our experience has shown that most reputable moving companies won’t charge more than a few hundred dollars (read $250 – $300) for their deposit.  The goal behind the deposit is to make sure you have a vested interest in following through with your move.  It guarantees you a spot on a moving truck on a specified date and time, and makes sure no one else can take that spot from you.  That being said, not all companies have a deposit, so if you’re not comfortable with a deposit, then you may want to consider another company. 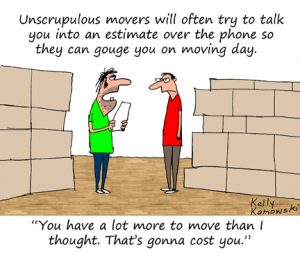 There’s really not enough to write an entire article about this one, so consider it a bonus.  NEVER sign paperwork that hasn’t been filled out.  Sounds like common sense, right?  Well picture yourself on move day – your mover is two hours later than they said they would be, and now you’re pressed for time.  It’s too late to get another moving company involved, so you may as well go with who you have as your new home and new employer are waiting for your arrival.

The moving foreman presents you with papers to sign.  You notice that they haven’t been filled out.  In the meantime your stuff is being packed away in a mass of confusion that even Einstein couldn’t figure out.  You point out that the paperwork is blank, and he tells you that it’s not a problem, he will fill it out later, and that if you don’t fill it out, they cannot perform your move, and they will leave.

Now the real pressure begins.  If you don’t sign it, you’ll have to find another mover at the last minute, and there is little to know chance of that happening.

It’s amazing, the number of smart people, who otherwise would never let themselves be pressured into signing a blank check, doing just that!  The solution?  Back out now while you still can.  You may have an angry foreman on your hands, but at least your stuff is still in your possession, and you won’t be faced with an inflated cost for your move and the possibility of facing an uphill battle for the return of your household goods.