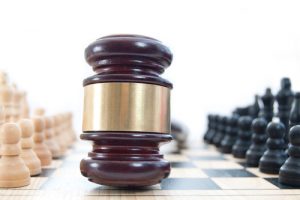 Arbitration is something companies are increasingly forcing consumers into, in order to use their goods or services.  If you take a close look at that contract you signed for your cell service, the new iPhone you purchased or cable service, take time to look at the mouse print under “disagreements” or some similar verbiage.  Many companies require that you first take your complaints to an arbiter if you can’t agree on something.  This way, if anything goes wrong, it’s settled outside of a courtroom before the dispute even began.

There are several forms of arbitration out there, but common arbiters include the Better Business Bureau or privately held companies who specialize in arbitration.

In addition, an arbitration award isn’t  a legally binding award.  Let’s say your mover drops off your household goods, and in the process, scuffs up your hardwood floor and breaks some furniture.  You find out through your contract that you have to go through arbitration to get a judgement out of them.  You go through the process and in this case, you are awarded a judgement of a certain amount of money from the company. 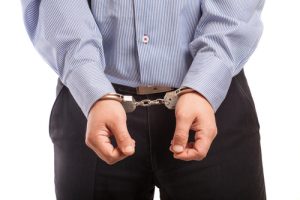 Who’s going to make sure they pay?   Unfortunately,  not the company who awarded you the arbitration.  Since your award didn’t take place in a court of law, there is nothing to say that a company needs to actually abide by the ruling of the arbiter.  The next step would be actually taking your mover to court.  This requires more time, resources and of course, money.

This is what companies are counting on when they hire arbiters that you will end up just giving up the fight out of frustration at this point.  How much time, money and effort are you willing to put forth to take this argument to the next level?  How much did it cost you to repair it?  How much will it cost to hire a lawyer to get this handled? 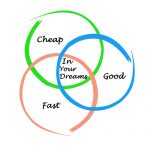 By the time you get everything sorted out, it may very well cost you more than the repair to get your money back, which makes the effort less than ideal.  Say you end up spending $1,900 on the repair but the legal fees run you $950.  At that point, you have spent as much on the problem as the company has.  What if the legal fees were higher?  Are you willing to cover the entire cost of the repair, just so your moving company can learn their lesson?  Most people aren’t, which is why arbitration is becoming increasingly popular with corporate society.

The best thing to do is make sure you have Full Valuation Protection on your move and make sure the moving company is insured against damage.  That way, if they break an item, you’re covered.