There have been many claims by professional organizations that  moving scams perpetrated by fraudulent moving companies  are becoming less and less frequent , as “efforts” by organizations like the Federal Motor Carrier Safety Administration (FMCSA) and the American Moving and Storage Association (AMSA) have been put into effect over the years.

The truth is, that while those efforts may have curbed fraudulent moving companies’ activity somewhat, we still have a long, long way to go. 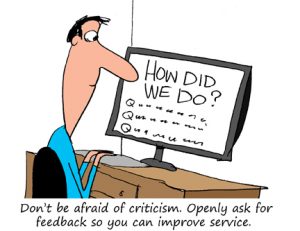 What we know about moving fraud comes from consumer reports as they offer up “reviews” of companies who have  scammed them during their moves.

While  this information is considerable, what we don’t’ know is how many moving companies per year perpetrate moving fraud, how many new moving companies there are each year, how many of those commit moving fraud during their first years and a breakdown by state.  We also don’t know how many FMCSA investigators  there are per state , cases per agent, or how many cases end with some sort of resolution for the consumer.

At last count, there were about two FMCSA investigators per state, and the reports we were getting were about an average of 2000 complaints per state, per year.  That’s a lot of cases for one officer to handle!  Unfortunately, these statistics are meaningless without some hard-cold facts, which are difficult to come by to say the least.

Back in the early days of MovingScam.com, we had open lines of communication  with the FMCSA, AMSA and several state organizations.  Information was exchanged and we worked together towards a common goal, which was to get rid of moving fraud.  It was in everybody’s best interest to do so.

From  our standpoint, the fewer fraudulent moves that occurred each year, the fewer consumers would be hurt by these people.  From the regulatory standpoint of the FMCSA and AMSA, fraudulent movers give those agencies a black eye, and consumers learn not to trust them and over time, become less and less supportive of their industry.

Unfortunately, over time it became easier for the FMCSA and AMSA to begin putting out information that their efforts were getting results, without providing  statistics to back that up.  There were words exchanged, and a couple of heated arguments, but in the end, consumers were left high and dry and again, on our own.

A few years ago, I tried contacting the FMCSA using a contact I had established when I first came on-board  MovingScam.com.  I simply asked if I could see the FMCSA’s statistics on moving fraud for the last couple of years.   Now, if the claim that moving fraud was decreasing, there shouldn’t be any problems in accessing that information, right?

Well, as it turns out, my contact’s boss (NOT my contact) got back to me and informed me that I would have to file a Freedom of Information Act Request in order to get, what should be publicly available information.

Many government agencies publish information like this without a FOIA request and make their statistics publicly available.  So why the cloak and dagger routine with FMCSA?  Unfortunately it’s really hard to tell, and really easy to make an uneducated guess as to the “why”.  From our standpoint it looks like an embarrassed agency doesn’t want the public to see its failures.  What we would  like to see is full cooperation with consumer organizations  like ourselves to eradicate the problem. 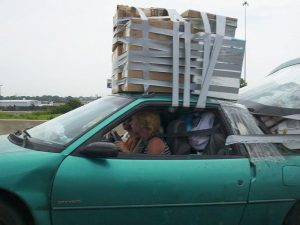 Having said all this, we don’t have any hard statistics on moving fraud and how bad the problem really is during any given year.  This makes it easy for agencies like the AMSA to say that the problem is being handled.

What we do know is that, on a yearly basis, people continue to come to our site, post reviews and complaints and want to know what they can do to get justice from a company who is holding their life’s possessions hostage in an unknown location.

The  problem isn’t going away and on any given year we get more complaints than the previous year.  Moving fraud, moving scams are still a problem.